Welcome to my journal!

On this page, you will find various writing announcements, signal-boosting for worthy artistic causes, and the occasional soft ramble.  My short fiction and poetry are predominantly speculative, with the occasional non-spec publication.

If you'd like access to personal musings or a rare writing draft, please leave a note here or send me a message.

This story is posted live as part of the LitBulb Festival, an international short fiction festival.  Please enjoy, and check out the other great stories on the festival programme: http://litbulbfestival.com/2015-festival-programme/

Scrying Through Crystal
By Alicia Cole

My sister poured me a glass of Shiraz.  It caught the light, red liquid faceted through the crystal of the glass.

Her voice, plaintive, rose like a reed through brackish water.

I turned to catch her downcast glance, shoulders slumped over one of the damask-covered chairs that lined the breakfast nook.
My ring finger tapped the crystal rim, eliciting a crisp ping.

Taking my ring off, I dropped it into the glass.  It sank, ruby bubbles surrounding it.

My sister's hula hoop saunters through the hot air.  As it spins around her waist, the plastic sparkles.

The air breathes out.

Our mother cries sharply as the car veers, the O's of its tires screeching.  My sister’s hula hoop scrapes the ground.

“You could still call,” she replied petulantly, swinging her body into a chair.

“You learn to work with the robotic parts,” she’d once said, standing in my doorway, her hair wavy under a patchwork hat.

Catching me glancing at her leg, she laughed and tapped the metal rhythmically against the chair.  "Some men are into the prosthetic."

Fishing my ring out of the glass, I hitched a laugh.

She survived three surgeries before the age of nine.  I can’t handle one impending divorce.

“Does he still make you laugh?”

Her voice is now calm.

She has pulled the confession from me as neatly as pulling a wing off a dead damsel fly.  I pour our second glass of wine.

“Sometimes, but it’s a disturbing sort of laughter, the kind that makes him uncomfortable.  The kind of laughter you force out when you want to cry instead.”

It is wormier than my strong ten-year old laughter, shielding my sister from taunts.  This laughter has holes in it.

“Is he cheating on you?”

I take a drink.

After the first surgery, my sister lays on the sofa, tracing the air with a finger.  She makes limnus patterns, saying little.

Our mother brings her green jello in a flowered bowl.

She is much cleaner than I.  She drops none of it.

Subsequent nights, men arrived, quietly.  Sometimes, I would hear them laughing from my sister’s bedroom.

I traced my own hands across my knees, wondering if losing flesh helped to loosen the body from its vice-like grip on the heart.

My sister would certainly slap me if I spoke these words out loud.

When I decided to return home, after he texted to tell me his things were packed and he was leaving the dog, my body moved automaton.

My sister ambled down the street after, laughing to cheer me, the wings of her body aimed at the sun, metal glinting like a sparrow, flechette clenched in its beak.

You can also find me on Goodreads: https://www.goodreads.com/author/show/6470571.Alicia_Cole

2013 was a banner year in my life for many reasons.  Thankfully, in the writing realm, these reasons were positive!  My gratitude to all who have read and enjoyed my work this past year.  Below, please consider my awards-eligible work from 2013:

"The Gravedigger's Song" - Underneath the Juniper Tree, Fall 2013

"Where the Rabbits Run, Near the Shore" - inkscrawl, issue 6

"Speech Lessons" - Futuredaze: An Anthology of YA Science Fiction – February

Once again, a bit negligent - I've been out and about and to the carnival.

Back to snoozing dogs, and mental alacrity.

Aside from school starting back (which elicits a shrug juxtaposed with a yay!students), the following has recently occured:

1) My story "Earthen" has been accepted to NewCon Press' Looking Landwards anthology.  A collaboration with the Institution of Agricultural Engineers, which celebrates its 75th anniversary this year, this anthology contains speculation on the future of agriculture, farming and food production.  My family has farming roots and I've been raised gardening my whole life; it's a pleasure to be included.

2) Demeter's Spicebox #3: Islands went live today.  Among the companionship of Bogi Takács' "Mouse Choirs of the Old Mátra" and Mari Ness' "Stronger Than the Wind, Stronger Than the Sea", you'll find my story, "Flower of Flowers, Bird of Birds".  I am so thrilled to be a part of this hypertextual storytelling experiment!  All of the stories in this issue are based on the Aarne-Thompson-Uther (ATU) folktale type 2031C, "The Mouse Who Was to Marry the Sun".

My best to all for the enjoyment of these late July days.

The long and the short of it - writing again.

I've two new poems up: "Among the Angelic Orders" at Mirror Dance and "Artemis Speaks to Aphrodite" at Ideomancer; I am very pleased with both.

Some new writing under friends-lock.

It's been a really whirlwind month; I can't broach even half of it.  Like climbing a steep mountain with intermittent bursts of surfing.  I do love the surfing.

I am very grateful for a few things as of late:

There's more, but it's raining now.  I'd like to lay back on the couch and listen to the rain come down. 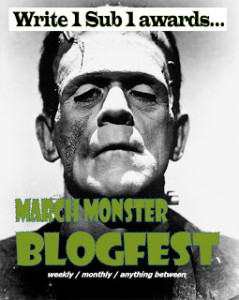 Write 1 Sub 1 is a really excellent project for  me - following in Ray Bradbury's footsteps, the challenge is to write and submit and story (or poem more often in my case) every week of the year.  It's really keeping my productivity up despite my hectic life.  I've managed to keep up the pace so far this year and am happy with the results.

Two new acceptances this week, of which I'm very pleased:

selidor, you might have some knowledge of this project, considering your field.  I'm looking forward to its publication later this year.  Sappho, I am also proud to honor. :)

Two new print publications this week - "Asteroid Orphan" in Aoife's Kiss 44 and "Maud Gonne, After" in Mythic Delirium 28.  I will wait until my contributor copies arrive for a proper review.

Now, back to working on a new story.

The Grey Fox Epistles, by Sylvia Victor Linsteadt - a monthly story-in-the-mail project, complete with sprigs of evergreen and small treasures; my story this month (so heartbreaking and lovely, a retelling of the Children of Lir), arrived in a beautifully decorated, wax-sealed envelope.  I cannot wait for next month's offering!

Long Hidden: Speculative Fiction from the Margins of History - already fully funded and aiming for a stretch goal of adding more stories, this project aims to represent the "voices of silent dreamers".  The premise: [Long Hidden] will feature stories from the margins of speculative history, each taking place between 1400 and the early 1900s and putting a speculative twist—an element of science fiction, fantasy, horror, or the unclassifiably strange—on real past events.

An exciting and necessary project!